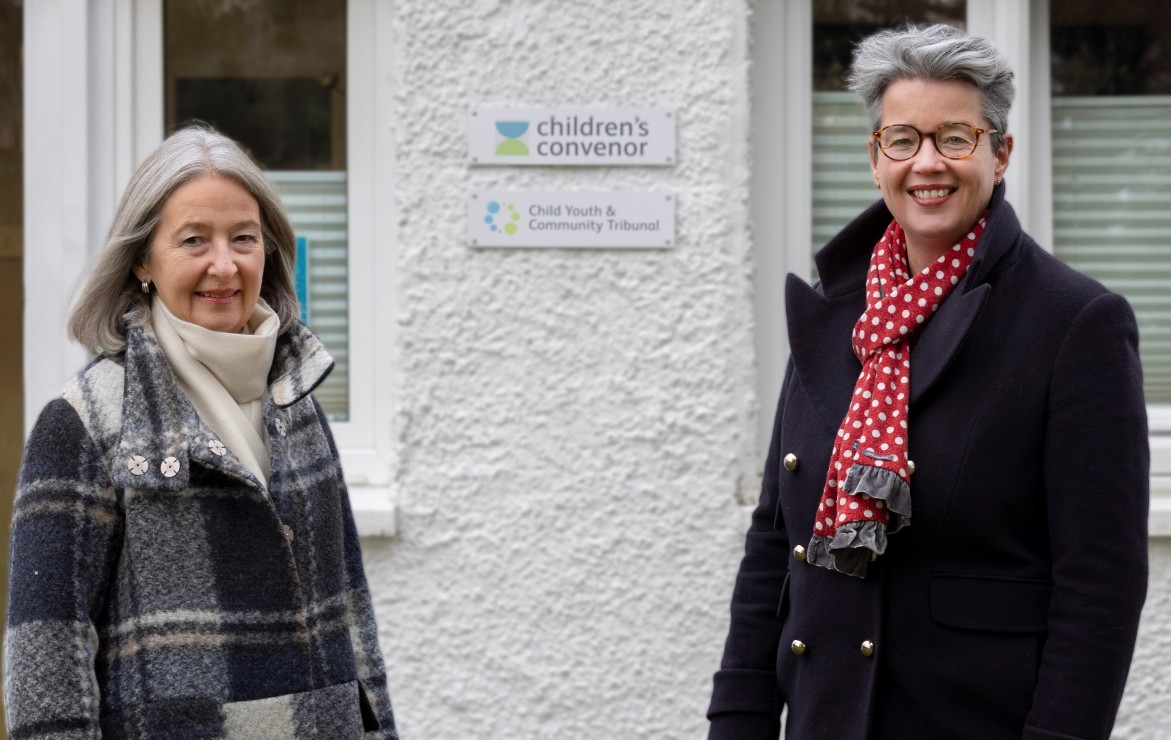 The Children’s Tribunal System has appointed Jane St Pier as the head of The Convenor and Tribunal Board, as Gill Couch ends her tenure after six years of service.

The Board is also responsible for securing the resources required to enable the Convenor and President of the Tribunal to carry out their duties in accordance with the Law.

Appointed by the Committee for Health & Social Care, Board members must have knowledge and experience relevant to the functions of The Children’s Tribunal System.

Gill Couch has been a member of the Convenor and Tribunal Board since 2015 and was appointed Chair in 2016, succeeding Janet Gaggs, one of the architects of the 2008 Law and a driving force behind the establishment of the Children’s Tribunal System. Prior to this, Gill spent her working life dedicated to promoting the wellbeing of young people in Guernsey and Alderney.

She worked for nearly 30 years as a teacher in five of the island’s secondary schools, before serving as a Senior Education Officer for primary and secondary education for a further 10 years.

Gill said: “There is no doubt that working in the Children’s Tribunal System has been one of the most worthwhile and satisfying chapters in my working life. I extend my admiration and thanks to all the colleagues I have worked with on the Board, the Office of the Children’s Convenor, the Child Youth and Community Tribunal, the Committee for Health and Social Care and members of the Royal Court.

“I was honoured to join the team that developed a holistic, welfare-based and non-adversarial system which places the needs and voices of children and young people at the heart of its work.  We have a system that is bespoke for our island communities, one that is as relevant today as it was when it started, and I am incredibly proud of everything we have achieved in the last 12 years.”

She is succeeded by Jane St Pier, well-known within the island for her work with young people. A chartered accountant by profession, Jane has been active in the charity sector for the last 15 years. She co-founded Young People Guernsey, the charity behind The HUB which provided specialist support to children and young people.

She was subsequently Chair of the Youth Commission, an independent charity whose vision is that every young person in the Bailiwick is empowered to realise their potential, from 2014 to 2109, including two periods as interim Chief Executive.

In addition to her role as Chair of the Convenor and Tribunal Board, Jane is a director of the Guernsey Community Foundation, Guernsey Chamber of Commerce and the Abortion Support Network.

Gill continued: “While I am sad to leave, I know that Jane will bring strong and effective leadership to the Chair in 2022, building on the achievements of the last twelve years and taking the service forward during the next phase of its development, ensuring that the Children’s Tribunal System continues to go from strength to strength.”

Jane said: “I am delighted to be taking over as Chair of the Children’s Tribunal System. Janet and Gill have done a fantastic job in overseeing the Children’s Convenor and Child Youth & Community Tribunal, ensuring that they have the resources they need to support the island’s young people.

“Since its inception, it’s amazing to see the positive changes that the Children’s Tribunal System has made, united in the purpose of improving the lives of children and their families. Now it’s time to show the wider community what we do, and I am grateful that I will be able to play a part in taking it on the next stage of its journey.”